NJ Oil Tank Sweep was very professional and friendly. He completed the job quickly and explained everything! 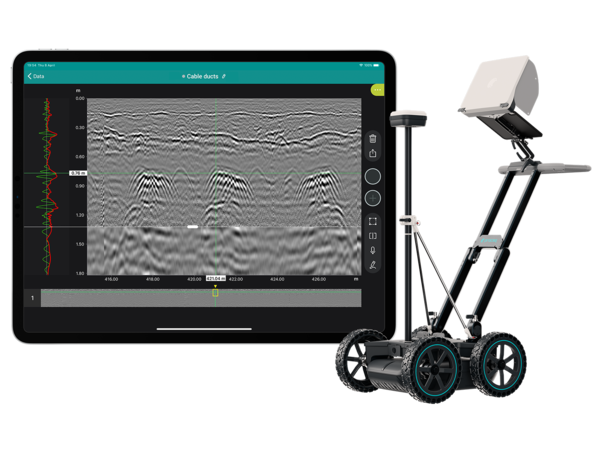 What is Ground penetrating radar and what are its uses:

Ground penetrating radar (GPR) is a powerful tool that can be used to investigate the subsurface. It works by transmitting electromagnetic waves into the ground and then measuring the reflected signals that are returned. GPR can be used to detect underground utilities, such as water and gas lines, as well as buried drums and tanks. GPR can also be used to locate buried graves, sinkholes, and tunnels.  This information can be used to create images of buried objects or features, as well as to map changes in the subsurface over time.

One of the most common applications of Ground Penetrating Radar is the detection of buried objects. This can be anything from pipes and cables to buried oil tanks. GPR can be used to locate these buried objects by scanning the ground surface and looking for anomalies in the reflected signals. By analyzing the patterns of the reflections, it is possible to determine the location and size of the buried object. GPR can be used to find both metal and non-metal objects, making it an ideal tool for locating oil tanks. In addition, GPR can be used to locate tanks that are buried at depths of up to several feet. This makes it a valuable tool for environmental cleanup efforts as well as for oil exploration.

GPR can also be used to map subsurface features, such as bedrock, soils, and groundwater. This is often done by creating a “time slice” image of the subsurface, which shows the reflectivity of different materials at different depths. By analyzing these time slice images, it is possible to create maps of the subsurface that can be used for geological or hydrological studies.

Ground Penetrating Radar is a tool that is increasingly being used to monitor environmental change. This information can be used to create a 3D image of the subsurface, which can be used to identify changes in the environment over time. For example, GPR can be used to track the movement of water through soils or to monitor the growth of trees and other plants. It is also being used to study glaciers and ice sheets, as well as to map archaeological sites. In the future, GPR is likely to play an important role in helping us to understand and respond to environmental change.

Ground Penetrating Radar is a powerful tool with a wide range of applications in environmental science. In this article, we have looked at some of the ways that GPR is being used to detect buried objects, map subsurface features, and monitor environmental change. With its ability to provide detailed information about the subsurface, GPR is playing an increasingly important role in our understanding of the environment.‍