What is Ground Penetrating Radar and why do you need it?

Ground penetrating radar and its use in an oil tank sweep

NJ Oil Tank Sweep was very professional and friendly. He completed the job quickly and explained everything! 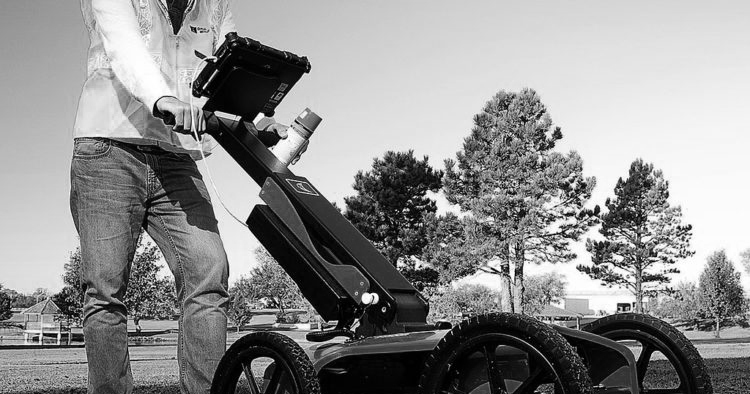 In easy to understand terms, Ground penetrating radar or GPR is a non-destructive method to locate buried objects such as pipes, wells and storage tanks. Ground penetrating radar allows our technicians to gather an image of what lies beneath the surface without having to perform a costly and more labor intensive exploratory dig. We can use GPR to see through reinforced concrete slabs, driveways and patios to determine what's underneath when metal detection methods are interfered with. This is the most comprehensive scan in combination with metal detection that can be performed by an oil tank sweep company.

Ground Penetrating Radar and how it works:

Ground penetrating radar is an advanced non-invasive scientific instrument designed to detect electromagnetic contrasts in the soil and contains a transmitting and receiving antennae which allow it to send and receive electromagnetic waves at varying frequencies. Ground penetrating radar (GPR) uses electromagnetic waves (in the range of 100 - 1000 Hz) to penetrate into the soil and then receives the reflected impulses back in the form of imaging on a screen as they make contact with buried objects. GPR, or ground penetrating radar, is a tool that uses radio waves to see inside objects and materials. GPR can be used to detect underground utilities, such as water and gas lines, as well as buried drums and tanks. GPR can also be used to locate buried graves, sinkholes, and tunnels, it works by sending out pulses of electromagnetic energy into the ground. The energy reflects off of buried objects and is detected by the GPR receiver. The receiver then creates a two-dimensional image of the subsurface. In optimal conditions GPR can be used to depths of up to 100 feet, making it a valuable tool for both shallow and deep investigations.

Ground penetrating radar is a type of technology that can be used to find buried oil tanks.

This method involves sending out radio waves and then measuring the reflections that come back. By analyzing the patterns of the reflections, it is possible to determine the location and size of the buried object. GPR can be used to find both metal and non-metal objects, making it an ideal tool for locating oil tanks. In addition, GPR can be used to locate tanks that are buried at depths of up to several feet. This makes it a valuable tool for location, excavation, and environmental cleanup efforts.

* Evidence suggests a tank existed in the past like copper lines, patching on wall, vent pipe or fill port.

* Areas with large amounts of metal that can interfere with the metal detector's signals, including metal fencing, HVAC units, steel grates or covers.